Why is neutering dogs recommended? 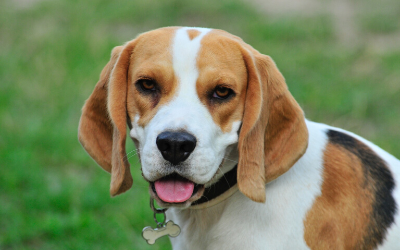 Many male animals are neutered (castrated) as a best practice for health and handling. Castration is often considered part of responsible pet ownership. Much research has been done about the health and behavioral impacts of castration in pet dogs.

Pet overpopulation is a global concern and unplanned litters account for a staggering number of euthanasias in the United States and around the world. Preventing unplanned litters is a crucial part of responsible pet ownership. Castration is one way to prevent unplanned litters, although the timing of this procedure has come under more scrutiny within the veterinary science community in recent years.

What is involved in neutering a dog?

When should my dog be neutered?

All dogs are not physiologically the same. Different breeds and sizes of dogs have different optimal ages for castration. According to a recent study, veterinarians and pet owners should work together to discuss the optimal age of neutering, instead of following a blanket age recommendation. Every dog owner should consult with their veterinarian about the health impacts of castration for their individual dog.

"Different breeds and sizes of dogs have different optimal ages for castration."

Historically, veterinarians have recommended neutering dogs before puberty. This not only minimizes the risk of unplanned litters, but also may offer behavioral benefits. Puberty and adolescence are the time when animals transition from youth to sexual maturity. In most breeds and sizes of dog, this period spans from 6 months to 2 years of age. Hormone surges during puberty can and do influence the behavior of any individual. Ask the parent of any teenager! If you are considering waiting until social or structural maturity before neutering, be sure to talk to your veterinarian in-depth about what to expect with respect to your dog’s needs for exercise, training, appropriate and safe confinement, and appropriate social environments.

What are the impacts of neutering on dog behavior?

The best predictors of a dog’s behavior are his genetic background combined with the social learning and training he receives. Reproductive status does play a role in behavior, but it is not the dominant influence over animal behavior.

"Reproductive status does play a role in behavior, but it is not the dominant influence over animal behavior."

There is conflicting evidence at this time, but it is possible that neutering males before puberty may correlate with increased aggression directed toward strangers and strange dogs. However, further research is needed before any firm conclusions can be drawn in this situation. Neutering was historically considered a crucial part of therapy for all dogs displaying unwanted aggression. A more careful examination of the aggression with a veterinarian experienced in treating behavior disorders is now recommended prior to neutering, as neutering may worsen fear-related behaviors in a small subset of dogs.

Is there an alternative to neutering my dog?

Dogs can also be sterilized using vasectomy. In dogs for which castration at any age may be associated with adverse health risks, vasectomy is an excellent alternative to prevent unplanned litters and continue to control the pet overpopulation epidemic.

© Copyright 2021 LifeLearn Inc. Used and/or modified with permission under license.